How a 28 handicap player scores with Stableford 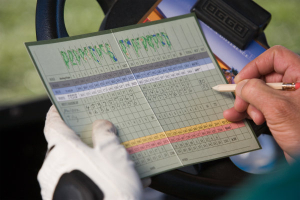 Stableford is a points scoring system that allows golfers of every handicap level to compete on a more level playing field.

Up until the late 1920s, golf was always played and scored on a stroke play basis, where every shot is recorded based on the rules of golf laid down by the R & A. (Royal and Ancient the governing body of UK golf).

This is a great way of playing golf if you are a proficient player, but can be soul-destroying if a beginner or a novice.

Losing a ball on the first or second hole can leave you in despair for the rest of the round and even create further turmoil as you rush your shots to try to make up the deficit.

Professional tournaments around the world still use stroke play for the competition, because professionals do not have a handicap. This is why when you watch a ranking event the scoring is based on the par for the course.

So obviously a player will be trying to go round the course in as few shots as possible, but for us mere mortals a handicap is levied to allow us to compete on a more level playing field.

The Stableford scoring is still just as competitive but allows the player to complete their round even if they have “blown out” on a couple of holes. The winner is decided by the number of points accumulated.

One of the most important aspects of enjoying golf is learning a system of consistency. Consistency builds confidence, and when you become confident your golf will improve.

Find out how to become consistent in golf with these simple techniques.

Golf has become increasingly popular and as more novices want to learn to play, the Stableford scoring 28 handicap system was introduced to allow players to become more proficient.

Depending on the handicap issued by your club will depend on how many shots you are allowed in a round of golf.

New handicap systems are being introduced to take into account the difficulty of any particular golf course. Before playing a course it is advisable to check in at the pro shop, regarding handicaps, especially if it is a club competition. 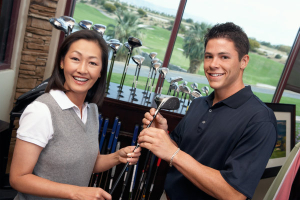 In 1931 an avid golfer by the name of Frank Stableford who was a doctor from Liverpool in the United Kingdom recognized this problem of scoring for beginners and, devised a new form of Stableford points scoring, which is widely used and accepted at the club level today.

The system is based on points scored, which relieves the pressure on a player as they can pick their ball up if there is no chance of scoring on that particular hole. This allows the game to flow, with fewer hold-ups and less frayed tempers.

The first recorded competition to incorporate the new Stableford rules was played at Wallasey & Liverpool golf club in May of 1932. Such was the success of the new format that word spread quickly and the new way of playing has been universally recognized.

I would point out that this system should not be treated as a cop-out of the main stroke play method but as a format of play to build confidence. Stableford should increase the speed of play, and raise the enjoyment of the game for all standards of players. How to develop a consistent golf swing here.

As the title of this article suggests I will explain the Stableford rules for scoring based on a player with a handicap of 28, so other handicap levels can adjust accordingly.

The principle of scoring is opposite to stroke play; in as far as the player who has accumulated the most points at the end of the round is the winner, rather than stroke play which is based on the lowest score.

When looking at the scorecard of the course you are playing, you will note beside each hole is the stroke index which is numbered by the degree of difficulty.

Stroke 1 is recognized as the hardest hole, reducing to 18 being the easiest. This is sometimes a bone of contention because some players’ games may be suited to certain holes. However, the holes have to be ranked to make the Stableford handicap work.

A 28 handicap player would receive a shot on every hole plus a further shot on stroke index 1 to 10, giving a player with this handicap 2 points even if they had boogied one of the harder holes.

Taking your handicap into account the following points are awarded

Points are scored on the basis of 2 points for a par, so consequently, a player would score 3 points for a birdie, which would be 1 under par, and 2 under par would be rewarded with 4 points for an eagle.

Here are some examples in the case of the 24 handicap player for clarity:-

Hole 2 is a par 5 stroke index 6, our player pars the hole but with their 2 shot handicap allowance is equal to an eagle 3 which earns them 4 points.

The round continues with the benefit of any player being unable to score on a hole can pick their ball up. After allowing their playing partners to putt out, play continues to the next hole.

This not only makes the game more enjoyable by relieving some of the stress but also helps to speed up play and so avoid frustration for all.

I have included below a YouTube video that explains how to score Stableford for anyone who prefers to see the scorecard in action.

Golf is a game of consistency. When finding that magic formula in how to play consistently, golf can be one of the best forms of relaxation and also of keeping fit. Learning how to score Stableford will lead to the enjoyment of the game and also raise your confidence.

If you are like most other new golfers, one day can be good for driving the ball another day is good for putting. Becoming efficient in all aspects in the same round takes time, so consistency is the name of the game.

Once you understand the scoring you may want to improve your consistency to impress your playing partners and crush your scores. Check Out these techniques should raise your game and lower your scores. 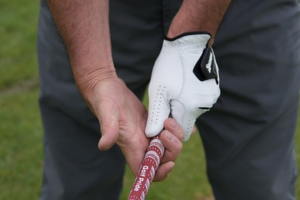 How the Grip Pressure on Your Club Affects Your Golf Swing 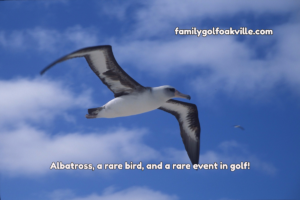 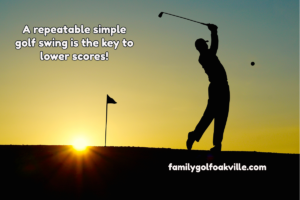 How beginners can gain distance with these golf swing tips